The verdict is in…check out the review of Going For Gold! 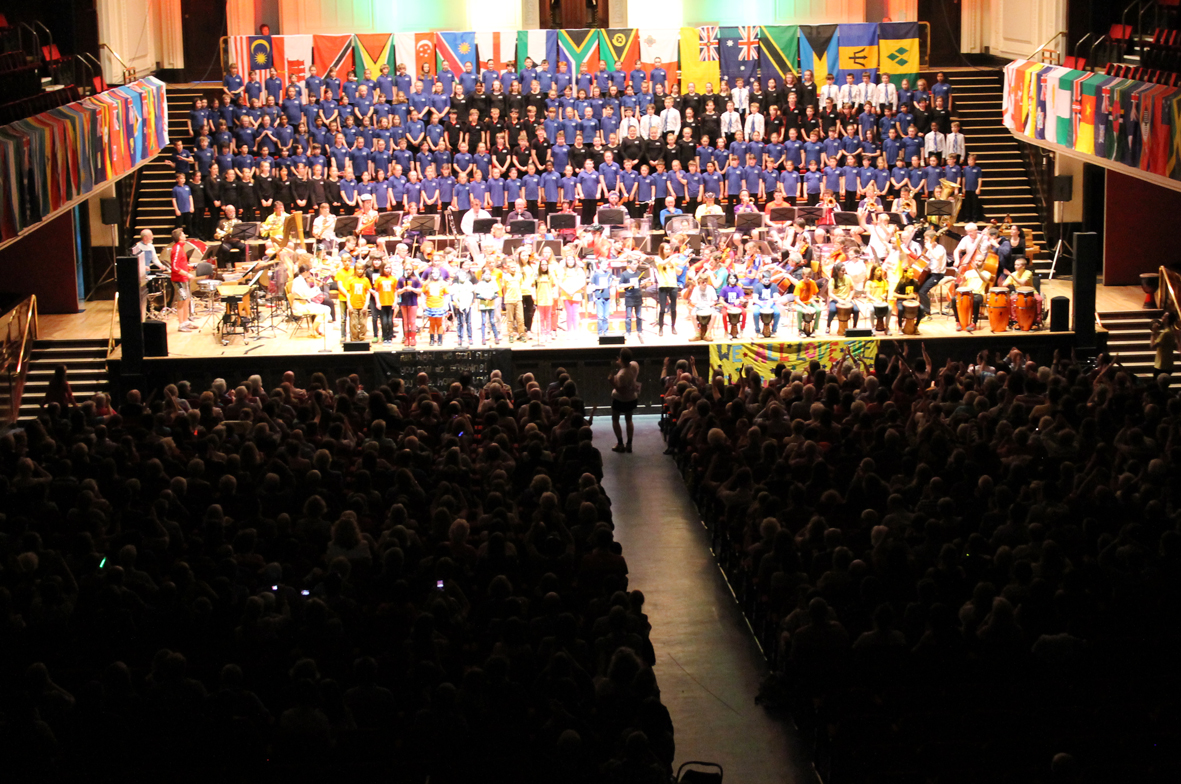 Here’s what Garry Fraser at the Dundee Courier had to say about the Going for Gold concert at the Caird Hall!

“Although Dundee will play no part in the forthcoming Commonwealth Games, the combined forces of the Royal Scottish National Orchestra, regional choirs from the National Youth Choir of Scotland and Children’s Classic Concerts presented a musical games-themed extravaganza that was as vibrant as a 100 metre sprint, colourful as an opening parade and as enjoyable as a Scottish gold medal.

There was a distinct buzz about the Caird Hall with the orchestra bedecked in a variety of sports wear – even conductor Christopher Bell – and with the fun and games orchestrated by presenters Owen Gunnell and Oliver Cox, it was one hour of family fun. Tom Cunningham’s sports cantata Going For Gold provided the concert’s backbone, and it also gave the 210 children from the NYCOS choirs – Dundee, Inverness, Angus, Aberdeen and Perth – the chance to show their prowess. I’d heard this work before but there was much more enthusiasm and oomph in this delivery. As usual, the attributes of NYCOS singers stood out a mile, with perfect diction the biggest plus in their performance whether it be in sprint or marathon tempo.

The RSNO weren’t far behind in terms of enthusiasm, and although the music was very much a walk in the park compared to their normal fare – Mahler’s Eighth looms large – their professionalism shone through, with the brass and percussion opening the proceedings with an authoritative Fanfare For The Common Man.

However, these shows would not be the same without some continuity, and Olly and Owen proved to be link men extraordinaire. No strangers to Children’s Classic Concerts, their rapport with the audience was instantaneous, their enthusiasm infectious. I liked their take on ET, a film that apparently inspired Sir Chris Hoy to start cycling, but Olly’s We Can Fly, specially composed for the Games and given only its second airing at the concert, was even more memorable.

The concert’s four subtitles – Inspiration, Ambition, Talent and Celebration – all hit home with great effect, with the final Highland Cathedral and Flower of Scotland adding a touch of poignancy and national pride, the latter of which is the underlining ethos of the Games.”