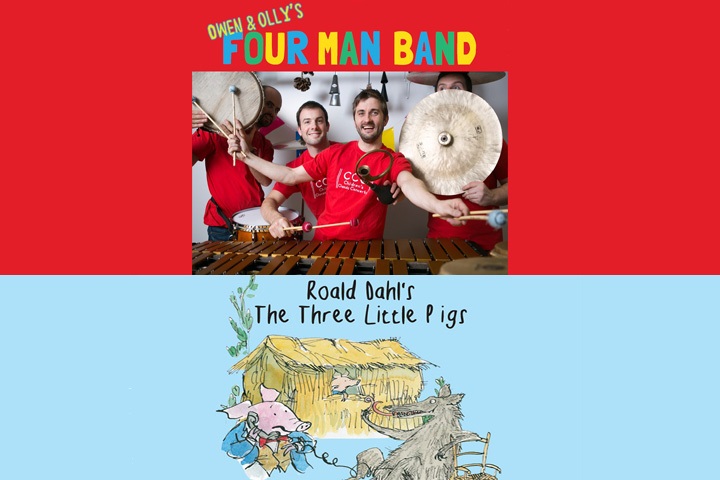 We’re getting in gear for another round of ensemble concerts guaranteed to make you cheer!

Owen & Olly will be back on the road in February with a brand new family offering featuring the nosiest section of the orchestra – you guessed it, the percussion section! They’re joining forces with two more of their pals to present some popular classical music as well as top tunes from film, TV and video games, four-man band style! As usual at a CCC gig, the audience will have the chance to get involved (percussion instruments are perfect for participation – no ear plugs required, honest) so come prepared 🙂

If you want even more musical mayhem, never fear – before each concert, the lovely lads will be on hand to get everyone in the groove with their Instant Samba family workshops – don’t miss the chance to play along with them!

Later in the Spring, Owen & Olly have a real treat in store – their exclusive new mini-orchestra will be premiering with a programme influenced by some of Roald Dahl’s classic characters, celebrating his centenary year – don’t miss out on The Three Little Pigs in Stirling and Perth – two massive 100th birthday parties!!