Our Spring Tour was a Success! 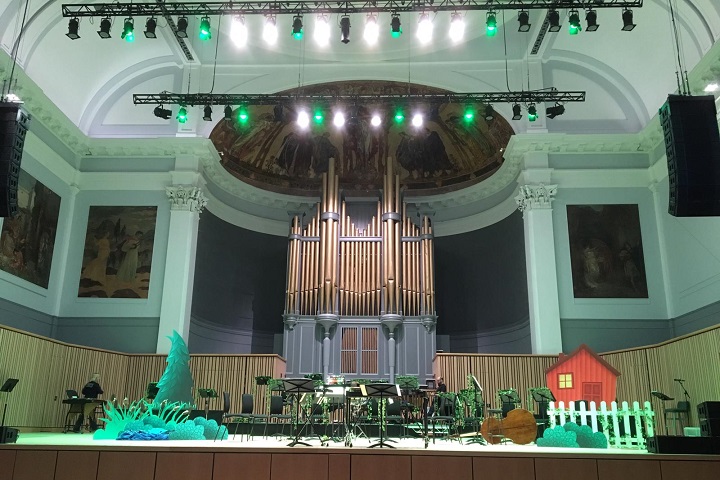 We’re not long back from our tour of Inverness, Fife, Dundee and Aberdeen and we’re still buzzing from the amazing atmosphere at each venue…here’s a look at what we got up to!

We took to the road and headed North to Inverness for the first time to present Gypsy Jazz. Our award-winning pals, Rose Room were on top form and produced some epic solos – the strings of the double bass, guitars and fiddle were well and truly swingin’. Owen got in on the action too as he played the vibes (looking effortlessly cool) and had the audience in stitches with his unique tap-dancing routine, (wearing shoes on his hands, as you do)! The musicians loved jamming with everyone in the pre-concert workshop and the sounds created by the young participants were phenomenal. Some families told us that they’d driven over an hour to attend and that they really enjoyed the experience of live music performed by world-class musicians in such an informal, fun way (music to our ears – that’s what CCC is all about)! We felt so welcome and really appreciated the help of the team at Eden Court Theatre. We’re very much looking forward to visiting again (hopefully without the drama of a punctured tyre on our hire car in future)!

Next, we headed for Lochgelly Centre in Fife, where we met 800 schoolchildren and introduced them to the sensational sounds of string players, Colin Scobie, George Smith (both violinists), Elliott Perks (viola) and Duncan Strachan (cello), otherwise known as the Maxwell Quartet, fresh from their tour of the U.S. Pupils and teachers were treated to a varied programme of Traditional Scottish music, a historical guide to the string quartet featuring music from Hayden, Mozart, Schubert and Stravinsky and some unexpected numbers, too! The underlying theme was that of using music to tell a story and the young people were fab at guessing the meaning and characterisation of different pieces (some, they discovered, had a pretty gruesome tale behind them)! Gregor’s Lament in particular, an extremely expressive piece, held everyone’s attention – you could hear a pin drop (no mean feat in an auditorium jam-packed with excitable kids). Others were fast and furious, such as Death by Triple Fiddle, which went down a storm and perhaps the most energetic was CCC’s Superheroes Medley, which resulted in much hilarity as selected pupils got to dress up (as Batman, Superman and Mr. Incredible), with a little help from the crowd! This concert was a major event in a much wider project currently being delivered with support from YMI Fife. Our series of inspiring ‘Creative Words and Music’ workshops involve pupils writing their own stories as a class and then creating new music to bring them to life, with the help of musicians from our education team and a variety of instruments, including violin, cello, flute, tuba and percussion.

We were absolutely blown away by the reaction to this concert! In both the Caird Hall (Dundee) and the newly refurbished Music Hall in Aberdeen (which didn’t disappoint), we had fantastic numbers in the audience. Plenty of friendly folk came by our stall to chat to us about how much they enjoyed the concept of a classical concert dedicated to children – especially in Aberdeen, as CCC’s last visit was 20 years ago! There were lots of big kids who seemed to enjoy the nostalgia of hearing Prokofiev’s iconic musical fairy-tale, as much as the younger family members who instead, in many cases, were experiencing it for the first time.

Peter and the Wolf  was narrated brilliantly by our long-time friend (actor and dancer), Ryan Ferrie and he really helped to set the scene and capture the imagination. Principal characters, Peter, his Grandfather, the bird, cat, duck and wolf were represented by our lovely musicians-turned actors: Owen (conducting the theme played on strings); Heather on bassoon; flautist, Emma; clarinettist, Fran; oboist, Cath and Fergus on French Horn, respectively.

Other pieces in the programme brought a bit of drama (Prokofiev’s Montagues and Capulets from Romeo and Juliet), magic (Sorcerer’s Apprentice) and silliness in the form of Owen’s ballet dancing (in his now trademark pink tutu) to the Sleeping Beauty Waltz – to everyone’s amazement, Ryan showed off some impressive moves (that upstaged Owen just a bit)! The finale lived up to its name as a showstopper and was a big hit, especially when Owen chucked a bucket of glitter rain over the unsuspecting front rows, which attracted a huge gasp of surprise and delight during our epic showtunes medley!

That’s our summary of the weekend, but we always like to ask our audiences about their highlights – check out the lovely comments below and thanks for reading!!

“The opening when all the lights and music were corresponding and when the Sabre Dance was played well on the xylophone.” Charlotte, age 12
“I liked the Sorcerer’s Apprentice best. The outfits were really good and the music was very dramatic and magical.” Elspeth, age 10
“My favourite part was Montagues and Capulets by Prokofiev because it was exciting and I liked listening to it. I couldn’t keep my eyes off the stage.” Sarah, age 10
“The dancing because you can express your emotions.” Oliver, age 10
“All of it because all the musicians were so talented.” Jeanne, age 9
“Brilliant music and I loved the way it was put together. Thank you.” Eve, age 10
“My favourite part was Showtime Medley because it was really funny and dynamic.” Alexander, age 8 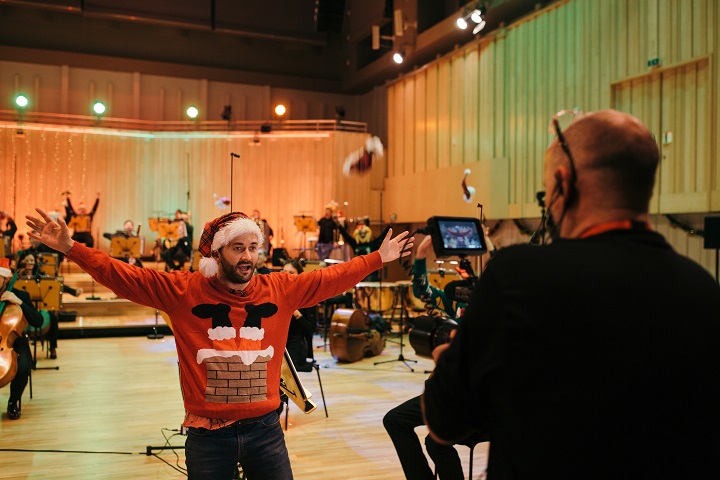 The Night Before Christmas with Audio Description

This website uses cookies to improve your experience while you navigate through the website. Out of these, the cookies that are categorized as necessary are stored on your browser as they are essential for the working of basic functionalities of the website. We also use third-party cookies that help us analyze and understand how you use this website. These cookies will be stored in your browser only with your consent. You also have the option to opt-out of these cookies. But opting out of some of these cookies may affect your browsing experience.
Necessary Always Enabled

Any cookies that may not be particularly necessary for the website to function and is used specifically to collect user personal data via analytics, ads, other embedded contents are termed as non-necessary cookies. It is mandatory to procure user consent prior to running these cookies on your website.